Level 4 is for ages 9 and 10 and covers number concepts that include whole and rational numbers, fractions, decimals, mixed numbers, and zero, commutative, identity, and associative properties for addition and multiplication, powers of ten, rounding, estimating; arithmetic operations that include vocabulary for the four functions, signs of operations, mental math, functions to millions, multiplying 2-digit numbers, long division, and dividing by 2-digit numbers; money; time; measurement includes customary measure and abbreviations, metric measure and abbreviations; geometric constructions review of plane and solid figures, regular and irregular figures, triangles and angles, circles, area, perimeter, point, lines, rays, protractor, diagonals, and tangrams; fractions includes wholes, proper and improper fractions, mixed numbers, addition and subtraction with unlike denominators, and reducing; decimals in money, place value through thousandths, equivalent decimals, comparing and ordering, and addition and subtraction of decimals; graphing averages, median and mode; problem-solving; Venn Diagrams. The goal of level 4 is that students become proficient at adding and subtracting fractions and mixed numbers, recognize and work with numbers through the millions, multiply by a 2-digit number, be able to do long division by 1-digit and 2-digit numbers, be introduced to decimals and decimal place values. 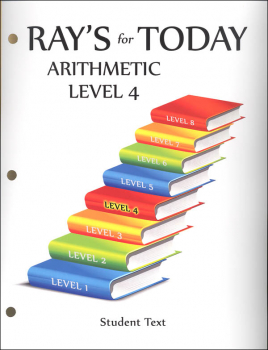 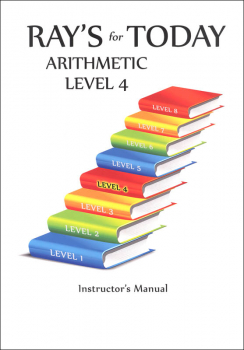 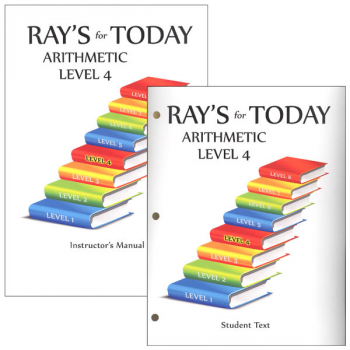